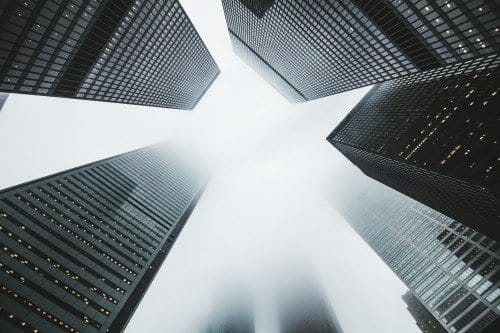 Especially when they’re all smooshed up together in an organisation and told to work together. Stuff like peer pressure happens. Things like judgement. Pursuing status. People pleasing. Fears of being singled out or found out.

So I think there are certain imperatives organisations need to own so that their workplace is one where great work happens, all threaded with a single word.

Here’s what I think needs to happen.

The Confidence to Try

An organisation develops systems in order to streamline a process, which is often a good and necessary thing. But when it’s expected that people will simply fit into these systems and execute them, something’s up.

When an organisation places more confidence in the systems than in the people maintaining them, the ability for an employee, manager or C-suite exec to try something new is severely limited.

For people to have the confidence to try something new, there has to be space to think a little differently, the acknowledgement that it’s okay to run an experiment and see what happens and the invitation to innovate systems and services.

After all, when the people in an organisation stop trying to do new stuff because they don’t feel able to, the result is atrophy.

The Confidence to Fail

In my experience, the biggest killer of innovation in organisations is the fear of being laughed out of the room.

People love certainty, and shareholders crave it. So in a world that prioritises results and growth, it’s no surprise that boardrooms are more and more inclined toward certainty.

That need for certainty and the drive for results ripples into every part of an organisation, and it’s not benign.

People don’t speak up and offer up an idea because they don’t want to be singled out or ridiculed for how dumb it might be, and should someone give you a green light there’s zero appetite in the organisation for failure. So the project gets scoped out, rationalised and watered down until the reason for doing it in the first place is obscured under a mountain of hijacked good intentions.

People need to be allowed to fail if an organisation is to innovate.

Tacit and explicit acknowledgement that failure is sometimes what happens is the only way to give people the confidence to fail in the first place.

The Confidence to Get Back Up

Post project reviews or post mortems seek to understand what went wrong and to name the causes. That’s all well and good, but many organisations will run these reviews, ignore the findings and blot the copybook of anyone who’s perceived to be responsible.

Chances are you’ve been there when someone talks about how Larry screwed something up and it all went to shit. You’ll have heard how Janet won’t work with Fred because she didn’t like the work he did that time. Or you’ll have witnessed the excruciating discomfort as someone gets balled out for a failure.

Being labelled and judged leads people to do one of two things. Either they’ll want to disappear and will shrink as they try to never get noticed again, or they’ll go on the offence and come out swinging.

Neither of these is what you might call a happy ending.

Judgement strips people of their confidence. Offering support that enables their own resourcefulness nurtures it.

This is about learning from mistakes, sure, but it’s also about being clear that how people respond to failure is just as important as their willingness to fail in the first place.

The Confidence to Be Yourself

There are some strong personalities out there.

When you’re in a room with people who are louder, funnier, more experienced or maybe more charismatic than you, it’s easy to clam up and hide.

Introverts and extroverts both have strengths and talents. Baby-boomers and Millennials can each add value. Men and women can lead equally.

People are hired based on who they are and what they bring with them, but the urge to fit in or act a certain way is a compelling one, especially when disparate people are brought together into a hierarchy. It’s a social drive fuelled by expectations that leads to a homogenised workforce where most everybody holds back.

So when an organisation recognises that it’s responsible for providing an environment in which every employee is invited to show up as they already are and do great work, people will feel more confident in their ability to do just that.

Confidence isn’t a big mystery. It’s not tree-hugging, fluffy clap-trap. It’s not even about delivering a great presentation or chairing an effective meeting (that’s outer confidence, it’s ten-a-penny and it’s easy to fake).

What confidence is, is the vehicle for individuals to do great work.

And that’s where everybody thrives.