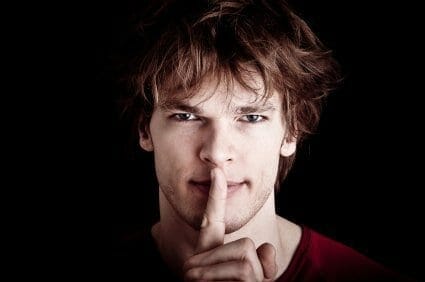 1. You’re Terrified of Being Found Out

It’s only a matter of time before they find out you’re not as good as you’re supposed to be. You’re just you, and while you put on a good show you can’t possibly live up to all the expectations and roles you play at work, at home and in your relationships. And when you start dropping the balls, the whole thing will come crashing down around you and everyone will know you’ve been hiding in plain sight.

We all kind of pretend that there’s plenty of time. We all assume that there’s time for things to work out. We all think that there’s time to hit our stride. But time is running out. Literally. Five years from now you’ll wonder where the last five years went, and that paces never slows.

Plan, but don’t let planning take the place of repeated, meaningful action. Explore, in order to drink in what’s around you right now rather than getting someplace else. Act, because it breaks your heart not to.

3. You’re Not That Special

7 billion people on this planet now. 7 billion. Our mammalian nature is designed to propagate the species – eat food, seek shelter and have intercourse. Repeat until extinction. So no matter what you are – whether you’re a thirtysomething college grad single parent homeowner Pisces, or a teenage anti-establishment entrepreneurial wheat intolerant Gemini – there are tens of thousands of other people just like you. Maybe hundreds of thousands. Maybe a couple of million.

Then consider that our planet is almost totally inconsequential when it comes to the scale and majesty of the universe as we understand it – to think that you’re the special one in the middle of all that is self-absorbed in the extreme. Humility and grace are essential.

4. Being Alone is Your Biggest, Baddest Fear

The flip side of that mechanism is the fear that it’s just you.  That your connections aren’t real, that you’re not really worthy of a real connection with another human being, that the trust you’ve invested in others is misplaced and that nobody will ever really get you (and it’s those fears that see you doing crazy things to try to emulate the oxytocin high that the most wonderful human connection provides). We all have those fears, but it’s acting on them that get you into trouble. You’re only as alone as you allow yourself to be.

Way down deep you know that you have something that’s pretty fucking extraordinary, even though you almost daren’t admit it to yourself and relegate the thought to the very back of your mind (thinking that the thought is crazy, arrogant or misplaced). You even feel it sometimes, right? You know what I mean. That sensation in your body when you’re buzzing or at the top of your game. When things are flowing and you’re just doing it.

The feeling of almost unlimited potentiality

So let me tell you – those things that make you feel alive are what makes you extraordinary. Honour them. Integrate them. Enjoy them.