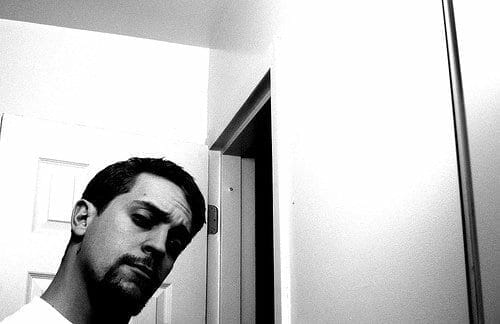 Being something of a control freak, I love getting my own way.

When plans fall into place as I envisaged, and when people follow the plans I’ve laid out, it feels pretty sweet. It makes me feel like I really know my shit, and there’s a little power trip that might ultimately leads to me sitting in a hollowed-out volcano holding the world to ransom with a dastardly plan to blow up the moon.

But that way isn’t my path. Basing your approach to life around the principle of “my way or the highway” is peachy if you’re Frank Sinatra or heading up the FSB. For the rest of us, it’s kind of ridiculous.

Truth is, many people struggle with being heard or voicing their opinion. One woman I worked with recently had a real issue speaking up in big meetings. She’d clam up, despite knowing that her insights would be useful, welcomed and even acted upon. It was the pressure of all those eyeballs on her and the fear of fudging her words or being laughed out of the room that made her heart beat faster and her throat constrict.

Once we’d worked together for a little while she became more comfortable with the whole speaking up thing, and told me recently “It’s talking Steve, it’s just talking.”

On the flip side, I’ve spoken with folks who see people they describe as “more confident” who seem to get things their way. In families, in friendships, in boardrooms – there’s a certain kind of person who makes the call and gets their own way.

It’s easy to regard this quality as confidence, and sometimes it can be. Being assertive and standing up for what you believe is right is no bad thing. It’s desirable even. But when you look up “assertive” in the dictionary you find words like agressive, dogmatic, forceful, and forward.

Finding the confidence to speak up in meetings, voice your opinion or ask for what you want is as different from those things—and from getting your own way—as eating a Denver omelet is from being Governor of Colorado. Or King of the Eggs.

Which takes us to the debunking.

GETTING YOUR OWN WAY ALL THE TIME IS NOT CONFIDENCE.
IT’S A NEED BASED ON INSECURITY AND FEELINGS OF UNWORTHINESS.

Confidence does make it easier to speak up and voice your opinion, but getting your own way implies a steam-rolling, dogmatic rigor and an avoidance of being wrong at all costs that’s nothing more than compensating for a lack of confidence.

Funnily enough, natural confidence will make you a better influencer as you conduct yourself with more congruence and a sense of being okay regardless of what happens, but that’s just as likely to manifest in changing your mind and taking a different direction than getting your own way.

The folks who are naturally confident don’t really give a damn whose notion sets the direction or whose opinion sets the tone.

What they care about is showing up and creating value.