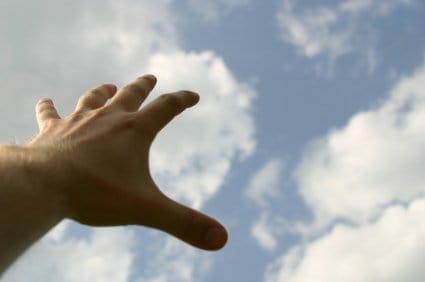 You’re smart, so it’ll come as no surprise to hear that you have to work at the things you want.

Sometimes you gotta work hard. Really hard. Harder than you’ve ever worked at something before.

Pushing yourself is where the most wonderful things can happen, and it’s where you get to apply your natural confidence.

But I gotta say, I’m a little tired of the kind of bs peddled in the video below, “How Bad Do You Want It?”

I feel a little dirty embedding the video here, because it sells the idea that the only way to be successful is to pursue your notion of success with the kind of single-mindedness shared only by the Terminator. Relentlessly moving. Skipping meals. Not doing anything else. Never giving up. Not sleeping.

“If you go to sleep you might miss the opportunity to be successful. That’s how bad you gotta want it.”

Erm. I bet if there was a training program for zombies, day two would be all about how you shouldn’t sleep in case you miss some fresh brains. Day one would be the normal “Hello, I’m Steve and I’ve been a zombie for 3 days now” stuff, followed by the unwavering enforcement of single-mindedness in pursuit of yummy flesh.

Along with the voice over on the video, they’ve chosen what seems to be exclusive footage of Kanye playing hopscotch. Which is nice.

It’s not Kanye of course; I’m sure he’s never played hopscotch (he’s more of a leapfrog kinda guy), and I should point out that I don’t have a body like you see in the video, although I do have a shapely calf if you’re ever lucky enough to see me in shorts.

These guys obviously work hard to get that way.

They’re pursuing their physical goals relentlessly, and it seems to be paying off.

But being pummelled with non-stop images of folks running around, jumping up and down and getting more ripped than the contents of Bruce Banners shirt closet seems to indicate that these people are funnelling their considerable energy into improving their physique over improving anything else.

I guess to get abs of steel you do have to be pretty obsessive about it, but it’s an incredibly narrow and somewhat narcissistic view given what you’re capable of and your capacity for contribution.

It’s true that to bring about something that matters you gotta want it. You have to want it badly enough to change the status-quo of your life. That’s the only way to make it happen.

But for heavens sake don’t start thinking that sleep is the enemy, that it’s all about you, that speed is what really counts or that you’re failing if you’re not hustling.

The pace you take does not determine your value

I’ve had to work hard to get where I am, and I’ll always continue to work hard at what I believe in and what matters to me.

Sometimes I’ve had to make sacrifices in order to pursue what matters to me.

Nothing will change that

But I’ll be damned if I’m going to think less of myself because I’m getting more than 3 hours sleep a night, because I sit in my chair to watch “Game of Thrones” or because I love hanging out in coffee shops.

I think that the chest-thumping, go-getting, goal-setting, sky-punching philosophy that’s being peddled by people dabbling in the personal development world is deeply flawed.

Decreeing that you have to go about things a certain way or it means you either don’t want it badly enough or you’re simply a wimpy loser who isn’t willing to put the work in is misguided at best and dangerous at worst.

This kind of thinking can sure get you fired up and start you thinking that you need to hustle in order to achieve what might not even be what you really want. It’s the same issue stumbled into by serial goal-setters – they go from goal to goal to goal but nothing really clicks.

It might feel good for a little while, but that fades quickly and they’re straight onto the next thing.

They never really find what it is that’s missing.

Going about an impersonal idea of success in a manner you’ve been told is the only way to go about it otherwise you’re simply not good enough – how can this possibly be helpful?

I’d also suggest that embracing the “How Bad Do You Want It?” meme creates thinking that conflates your self-worth with phantom wants fueled by hollow motivators like status, validation and recognition.

And that, I’m afraid, will turn you into an asshole

I want meaningful change so bad that I’ll go about it in ways that work for me, so bad that I cannot make value-judgments based on dogma or the expectations of others and so bad that I’ll place any judgment of worth on what I deliver rather than how long, hard or fast I work.

That’s plenty good enough for me.