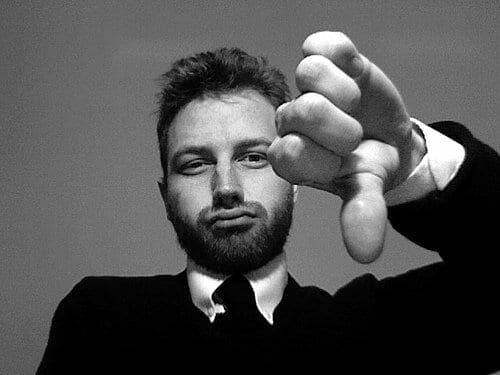 A few years ago I was in a meeting room being told that the way I’d handled a project was embarrassing.

I was dumb-founded. I thought I’d done my best under challenging circumstances, but here was my boss telling that she was embarrassed by my sloppiness and that I should be too. She told me I had to do much better and that she wouldn’t put up with it.

I felt my stomach drop through the floor and the blood rush to my face.

I felt ashamed, angry, upset and confused. And I handed in my notice a week later.

That was probably the worst criticism I’d ever received, and as someone who prides himself on doing great work it took me totally by surprise.

Criticism can crush you

Which is why you might be tempted to do everything perfectly, because then, you get to avoid it.

In trying to do things “perfectly” and please everyone, you bring things like image, perception and control close enough that you can feel their breath on your skin and their grip on your shoulder.

Your identity gets mixed with the need to do something perfectly, otherwise you’ll give the critics the ammo they want. And then they’ll rub your face in it.

This, of course, just sets you up to feel devastated when criticism inevitably comes.

So how to avoid the compulsion to avoid criticism out of fear?

Your job isn’t to make sure that you never get criticised.

You can’t control what people think, and it’s possible that you might get criticised for something any time now. The way you’ve done your hair this morning, The way you dealt with a problem at work. The way you prepared dinner.

The thoughts in my head when my boss tore chunks out of me in that meeting room included things like, “you don’t have a fucking clue what you’re talking about“, “you wouldn’t have been able to do half of what I did, who the hell are you?“, and of course, “die witch.”

In essence, I ran all kinds of narratives in my head based on how I felt, and the narrative I chose out of all the stories (which included some pretty elaborate revenge scenarios, let me tell you) was to resign.

I took it as a personal attack and so my feelings were wound around that narrative, and while she could certainly have been more business-like about things I didn’t need to do that.

Screenwriter Aaron Sorkin once said, “You’re too good to think people who disagree with you are the enemy”, and while this should never be about casting yourself as “better” than the other guy, it’s important to embrace the idea that you get to choose how you react to criticism.

People have opinions and have their own shit going on. That’s fine. Someone not liking something you’ve done or said doesn’t need to rip your heart asunder or invalidate your place on planet Earth.

Keep a distance between the criticism and how you incorporate it. Don’t make their personal judgements your own, remember that the moment won’t end you and see what genuine learnings you can take away.

Criticism hurts if you let it speak to that part of you that fears it’s all true.

And that’s why you don’t have to fear it.

Because in fact, you’re mighty.