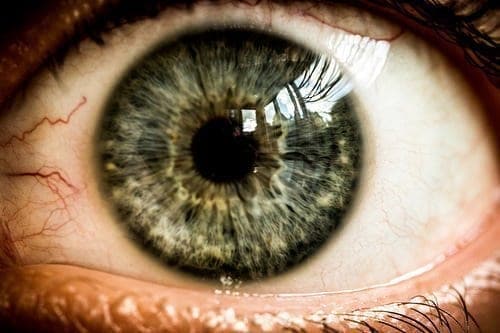 There are many things in life that are shit-your-pants scary.

Quitting your job because you want to do something that actually amounts to something.

Committing to a new relationship even though you might just get your heart broken again.

Or admitting to yourself something you’ve dodged for years because it’s always been easier to avoid it rather than face it.

These things, and many more, are simple not to do. But tickle me unconscious and call me Susan if life doesn’t really come into focus when you’re willing to risk it all and take that step anyway, just because it’s who you are.

So, here’s how to stay confident even when the odds are shit-your-pants scary.

Moving from existing patterns of thought straight to behaviour is how you keep doing what you’ve always done.

To do something new, or to consciously make the choice to do something shit-your-pants scary, you have to smash a hole between where you are and your next thought.

That hole can be as big as you damn well want, but all you need is a sliver of light to see by. Just something big enough to create a pocket of air between you and your default behaviour.

And in that space, you get to pause for a moment,
and maybe make a different kind of choice

Creating this space is a deliberate act.

Sit back. Take a breath. Realize that you’re here, right now. Alive. Whole. Human. Your next move might be to stand up. Maybe you’ll go and do the dishes. Maybe you have a meeting to run to. Or maybe you’re about to hit the sack. Just be aware of that space between where you are in this very moment and your next choice. That’s a space where you can make any decision you damn well want to.

That’s where your power is.

Forget the climb and fuck the fall

You make it all about what might happen, either the shit that could go wrong or how just how fucking hard it will be.

These thoughts create a tension between you and your future, stretching between your current circumstances and your thoughts about what might happen, and it’s a tension that urges you toward safety.

But when you deliberately choose to disregard a specific outcome and choose instead to engage in a process, something interesting happens.

That tension and the urge toward safety lose their power, because rather than obsessing over details of a wildly unpredictable and scary-assed future you simply trust yourself to complete one more step.

And then another one.

The process is what takes you places

Trust the process, not the outcome.

In the movie Ted, as Mark Wahlberg and Ted grew up together they were shit-scared of thunder storms. So they became “thunder buddies”; best pals who found a way to support each other when the sky was cracking open.

They since went on to refuse to grow up and do a whole heap of drugs, but let’s not dwell on that part so that I can make my point.

You don’t have to do this life thing alone, especially when you’re about to do something that’s shit-your-pants scary

No man’s an island, unless of course you dig and flood a series of trenches, put up walls and fences and stay locked away in your “special place”. But that’s no fun. And it sure as hell won’t achieve or anything or give you any stories to tell.