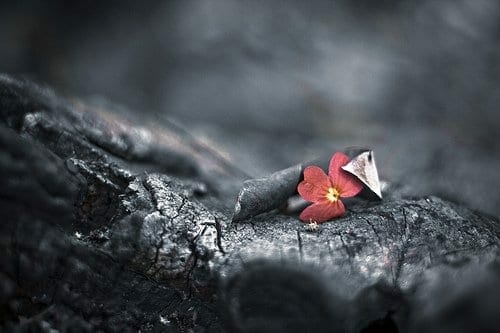 I’m something of an underdog.

I’m not a big name coach. I’m not rich. I don’t have a team of people to bounce ideas off or help stuff happen. I don’t have the marketing clout of other guys. I haven’t “made it”.

I’ve figured out a thing or two about being an underdog though, and how to make it feel not quite so underdoggy.

Don’t let the distance define you

Being an underdog means that there are people more adept or more accomplished out there. It means you’re the long shot.

When you let the distance between you and “them” define you, you internalise it as a statement of personal value. They’re more deserving of success. They’re better than me. I’m not good enough.

But that distance isn’t about worth or who deserves what. It’s simply a thing that happens on a planet that houses over 7 billion people.

In fact, the distance is simply a matter of marking where people are at on a scale that doesn’t even make any sense. It’s all subjective, and making comparisons makes about as much sense as saying that an egg does a much better job of being eggy than an orange, or that a squirrel is rubbish because it can’t out-run a gazelle.

So don’t let distance define you. You’re better than that.

An underdog tries because they care. They give a damn.

Regardless of the odds or how shit-your-pants scary things might be, they still want to try.

But when struggling starts to weigh more than the reason you try, you get disillusioned, demotivated and frustrated. And then you stop or get stuck. And that’s just no fun.

To keep going, even if “keeping going” means that you have to pivot, change course or make a new decision, you have to keep finding a reason to care.

You need a compelling reason to give a damn about what happens in your life, because without that you may as well give up now.

Whatever it is, keep finding a reason to try.

Struggle happens when there’s tension between where you are and where you think you ought to be.

It’s a tension you keep close because, dammit, you want to get there already. You want more. You want the success. You want it all.

Some say that this tension creates motivation, but that’s the kind of motivation that soon runs out of steam and turns into a struggle that’s all too familiar.

The alternative is to let go of the other end of that tension and ease into the moment you find yourself in right now.

Choose to be at your best right now, not when you get to where you’re going. Let yourself ease into your next choice or action rather than needing it to be a certain way. And ask yourself how you can smile now rather than dreaming of how great things will be when you “get there”.

Struggle is overcome by letting go of the tension that creates it.

Feel like the underdog? What is it that keeps you going?