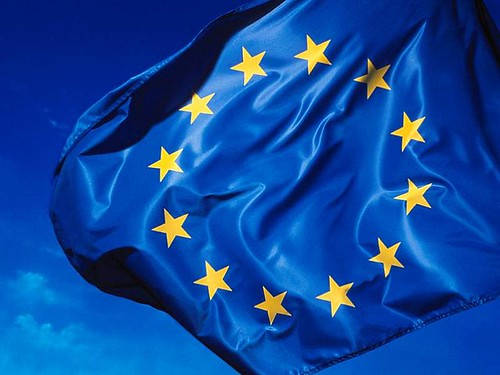 My eyes flicked open on June 24th, just after 6am, the alarm not really an alarm at all, but a shuffled playlist of 200 of my favourite songs. What can I say, I prefer to ease into the day with a song that makes me smile rather than a blaring klaxon of doom.

I reached across and grabbed my phone, knowing that the result would be in. One swipe was all it took to see the headline that had been pushed onto my phone – “The UK has voted to leave the EU”.

I was a “Remainer”, with the firm belief that we’re better off forging a bright future as part of something that’s bigger than just us, and things didn’t go my way.

So the Brexit vote is a decision I’m having a hard time with, to be honest.

I don’t get the jingoistic rhetoric or the denial of the turmoil that’s already happening. I certainly don’t get the increasingly bitter split, right down the middle of the UK.

All over Twitter and Facebook, on the news and on debate shows, and even in the pub between friends, I’ve seen increasingly vitriolic comments and jabs that are increasingly divisive.

I’ve seen smart people saying dumb things, and it’s all just…increasing. (I even thought about linking directly to some of these posts, but that just made me feel all dirty inside).

Yes, I’m going to be a bit angry and confused for a while, and I may continue to throw around words like jingoism or even hypocrisy.

But while I disagree strongly with the outcome and how it came to be, that doesn’t mean I’m right anymore than eating a steak makes me a cow.

Everyone’s so damn interested in proving how right they are or how wrong the other guy is. It’s being right at all costs, even if that comes down to playground name calling or public shaming.

Being right is a pursuit that robs you of your senses and good judgement. It subverts and it derails. It distracts and it damages.

As well as turning you into a total ass-hat, the pursuit of being right will fuck you over like an angry bear, tearing chunks out of you as you cling onto being right as a means to being whole.

I don’t know if I’m right or wrong when it comes to the EU. I honestly don’t care either way.

I’m just trying to find ways to make sense of it that allows me to move forwards in ways that bring out my best, not my worst.

Acceptance and pragmatism over judgement and bitterness.

I’m not there yet, but I know it’s a process.

And this is the nub of it.

Letting go of the need to be right is an active, ongoing choice. It takes work and it requires uncertainty, which is why it’s easier not to bother.

But in the face of uncertainty, I would much rather proceed with grace and a gentle confidence rather than posturing and blame.

That’s gotta be a better way.