How to Stop People Putting You Down

So many times I’ve wanted to deliver the perfect put-down at the perfect time, that withering or hilarious comment that makes me look really bloody clever, when all I could think of to say was along the lines of “Yeah? Well, you’re a big poopy-head who lives in a poop-castle.”

Wit and timing sure make for a fantastic combination that can squarely shut someone up and have everyone else in hysterics, but aside from a witty one-liner there’s another brand of put-down that’s a different beast entirely.

People are losing self-esteem and self-confidence because they’re on the receiving end of consistent put-downs from a friend, loved one or family member.

Their identity is being damaged one put-down at a time; their life is diminishing one line at a time; they live in fear of the next put-down and feel powerless to do anything about it.

So if YOU are the one delivering put-downs to a loved one, a friend or a co-worker, let me be clear.

YOU’RE IN THE WRONG – STOP NOW

It’s totally unacceptable to not only show such a fundamental lack of respect, but to deliver words that consistently damage another individual just so that you can feel better about yourself for a moment.

THERE’S NOTHING ABOUT PUTTING SOMEONE ELSE DOWN THAT’S ACCEPTABLE

I’ve worked with people who have been at the receiving end of this behaviour and every week I hear from someone new who’s right there, living it.

It breaks my heart every time.

It makes people shrink into themselves and limits life, and there’s no reason for it to happen.

Below, I’ve given you ideas for how to change things if you’ve been receiving hurtful put-downs, but at this point I feel duty-bound to say something.

I’m not qualified to comment on the deep issue of emotional or domestic abuse, and while the line I’m drawing is a grey one, I’m making a distinction between emotional abuse (defined by the US Department of Justice as “causing fear by intimidation, threatening physical harm to self, partner, children, or partner’s family or friends, destruction of pets and property, forcing isolation from family, friends, or school or work”) and consistent, verbal put down behaviour; that ongoing state of power put in place by someone in a relationship for the purposes of control, self-validation or transference.

With that said, here we go.

People sometimes say silly things (I know I do) and taking everything personally is going to turn you into an anxious, paranoid wreck.

Too many people take too many things personally; the person saying the thing in the first place could be more sensitive, sure, but the cadence of perception is all yours.

There’s a line between being able to brush off potentially damaging comments and not tolerating someone who puts you down; and that line is one that you own.

You brain normally takes the workload of perception off you, automatically taking the situation you’re in and creating a world of thought – and resultant feelings – based on what it pulls together from past experience, memory and its deep desire to be safe.

So the very first step in creating change is to become aware of the thoughts you have in these specific situations (before, during and after the put-down behaviour).

Do you think “Oh no, I hate this, I need to not say or do anything“? Do you think “If I just get through the next few minutes it will be okay again“? Or do you think “I deserve this; I’m not good enough“?

NOBODY ELSE IS RESPONSIBLE FOR THE THOUGHTS YOU HAVE, AND YOUR THOUGHTS FORM YOUR EXPERIENCE

Challenge your response to the put-down behaviour. Write down a thought diary if it helps you get clarity on the thinking that happens. Be rampantly curious about the thoughts you have and the resultant feelings.

Then look for the opportunity to think about it differently, and be ready to choose a better thought. A thought that doesn’t cast you as a victim but honours who you are and sees you standing tall.

The reasons that someone decides to put you down are many, but often boil down to these few things:

One of the things our brain loves is to feel important and to have status. It creates behaviour that it believes will enhance that status, even if it needs to compromise or short-circuit a belief about what’s “right” or appropriate. The brain will create thinking that supports a causal link between put-down behaviour and enhancing status, and once that’s in place it’ll use what it knows to achieve status by reducing someone else’s.

Being in control of the environment has a substantial impact on the level of stress we feel. If you believe that you’re in control of your environment – even if that means keeping someone else “in their place” – you’ll feel much more certain about what will happen, and that sense of autonomy and certainty fuels the release of the brain’s feel good chemicals.

All of this – and you have to fully acknowledge this – is about them, not you.

If you find yourself on the receiving end, think “This is not about me” and recognise that the stuff in their head is theirs alone, and you’re not responsible for any of it.

Nor are you responsible for fixing it.

I learned something from TV’s Dr Phil that I’ve always remembered.

YOU TEACH PEOPLE HOW TO TREAT YOU

People are dumb like that, they’ll do what works until they have strong evidence that it doesn’t work, and that’s evidence that only you can create.

But if this is where you are, I think you understand that you need to start, even if it’s scary…

Break the patterns that lead to put-down behaviour. Hold up your hand to interrupt them. Ask them for respect and consideration. State the fact that you’re not willing to put-up with the way things have been. Let them know you expect them to treat you differently. 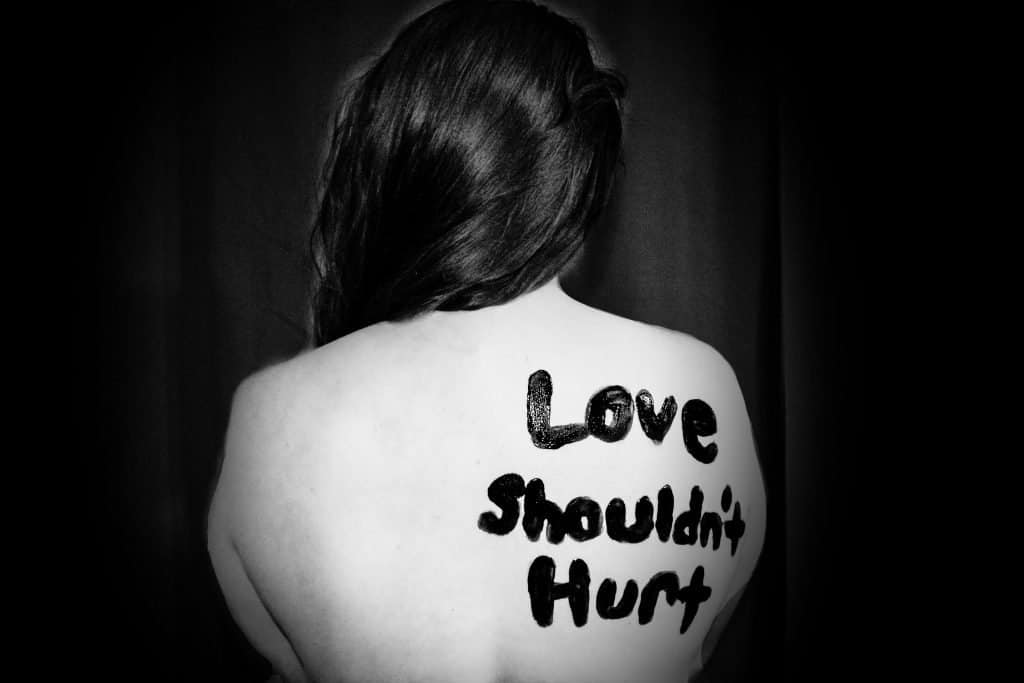 When a light is shone on what’s been happening, putting a stop to put-down behaviour can happen pretty quickly. But sometimes it can take a while to shift thinking and behaviour that’s been well-rehearsed on both sides.

SOMETIMES CHANGE IS A LONGER GAME

You deserve to be treated with love and respect, and you have to be consistent in both the creation of thinking to support that belief and in changing your behaviour in ways that honour it.

The important thing to remember is that you don’t have to do this alone.

If it gets hard, don’t give in. If you get tired, don’t give up. Feeling supported makes a world of difference.

When you’ve done what you can and they’re still putting you down, you need to consider 2 questions – “How else can I turn this around?” and “What am I prepared to do to turn things around?”

If, having considered those questions, you’re coming up blank then there’s really only one choice left to you.

GET THE HELL OUT

You can’t reach into their head and change their thoughts and behaviour, and it will always remain unacceptable to be on the receiving end of put-down behaviour (no matter how your brain might try to trick you into thinking it’s okay).

People either get how things need to work or they don’t, and there’s no way you should suffer at the hands of someone who just doesn’t get it.

If, at the end, you’ve done what you can and they’re still putting you down, you owe it to yourself to get out and get something better.

If you’re being put down you’re not alone. 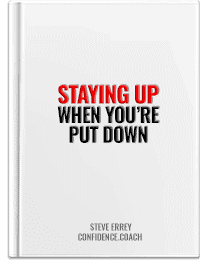 Staying Up When You're Put Down

It’s immensely damaging when someone who should be showing you respect puts you down or makes you feel small, but you don’t have to put up with it.