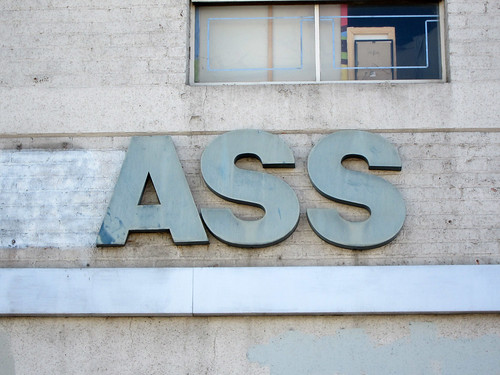 I do / don’t want be successful.

Part of me is scared of it because, shit, how do I keep it going? What happens with that extra pressure? And what if it all crumbles around me and all I’m left with is a broken heart and a reclamation notice for my shiny new speedboat?

And then part of me wants it because, shit, what’s the alternative? To not be successful? To keep trying for something that never happens, to always be close but never getting the cigar?

Hustling is still, somehow a badge of honour. When I go into digital agencies I routinely see people staying late into the evenings, working weekends and giving everything they have to their work. Why? Because that’s what they’re supposed to do, right? It’s sure as hell what everyone around them seems to be doing, so it’s gotta be normal. Right?

But there’s a thin line between “normal” and “expected”.

Normal is what you assume is expected of you, and is what you think you need to do to fit in.

And when it comes to the notion of success, normal doesn’t even exist, despite the tropes and tomes dedicated to its name.

We’ve been worshipping at the altar of a false God, one who, so we were told, would reward us with riches if only we work, work, work ’til we bleed.

But that God isn’t a benevolent philanthropist.

He’ll have you dancing to his tune even if you hate the song.

He’ll have you running around in circles for no better reason than he suggested that you’ll be left behind if you don’t.

And he’ll have you chasing the next shiny thing, because that’s where it might all just come together.

I’ve said it before many times, so I’m sorry if I’m sounding like a broken record. Actually, screw that. I’m not sorry. I’ll keep banging on about this ’til they lock me up in iconoclast jail.

Success is not what you need to pursue.

Because when you pursue success solely, you’re making it easy to compare yourself to others and beat yourself up for not being further ahead. You’re creating rich soil for weeds like status, validation and recognition to take over. And you’re laying the groundwork for never feeling like you’re good enough to get where you want to get.

Meaning, is where it’s at.

It’s where it’s always been at.

All you have to do is go after something that matters to you.

It doesn’t have to be something huge, life-changing or world-changing.

Expressing love, embarking on a creative project, moving through grief, nourishing yourself, lending an ear, contributing to a community, helping people in pain, clearing the way for a team and bajillion other things.

The only thing that matters is making the choice to engage in something that means something to you, whatever it happens to be today.

Do that, and success is irrelevant. Or maybe, success is already embedded in that engagement, because to not do what matters is, for me, the definition of waste.

So please, help me spread the word.

Success can go shove itself up its own ass.