The 10 Best Self-Improvement Tips for a Better Life

Whether you look at a new year as a blank slate or an oozing flesh wound, there’s one thing that’s inescapable.

But given a handful of exceptions, none of us know what’s going to happen.

What matters I think, is having some pointers, some guideposts, some navigation guides. Things you can carry with you all year long to help you adapt, help you learn and help you grow.

Here then, are the best self-improvement tips for a better life.

1. Grow, Despite How Uncomfortable it Makes You

It’s like a warm blanket in a cold world; a way of making sure you’re safe in a world that doesn’t seem to give a rats-ass what happens to you.

But comfort is also what leads people to hate their lives and hate themselves.

Think about it for a moment. You wanna do stuff in life; make a difference, create something remarkable, dent the universe.

I know that much about you, and it’s all very admirable, but right along with those desires is the fear of the unknown, which is when your brains’ operating principle of minimise risk, maximise reward kicks right in and pulls all kinds of dirty tricks to get you to stay exactly where you are because it’s too damn dangerous out there.

We’re hard-wired not to change, even in the face of overwhelming evidence that we need to.

Your brain will tell you:

Seriously, it’s a miracle that any of us get anything done at all.

All it takes is an acknowledgement of 2 things:

Expecting growth to happen without discomfort is like expecting an apple orchard to appear on the moon or the Koch brothers to donate their wealth to charity.

Choosing growth is the only choice you have; it just needs you to soften into a different way of thinking.

2. Create Value, Despite What People Think

How do you create value in a world that pretty much just wants you to fit in and go through life not being noticed?

Creating value can be any one of a gazillion different things. Helping a friend when they really need it. Guiding a team towards a great solution. Giving back to a community in a way that has a positive impact. Creating a course that helps people achieve something. Leaving a room better than when you entered it. Offering compassion when there’s an urge toward cynicism. Doing something for a charity or cause that matters to you. Using a strength or talent to help others create value.

The list is as long as you need it to be in order to fit with your world view, and creating value will always attract opinions from others.

Some will applaud your efforts. Others will want to tear it down.

There will always be an asshole ready to tear chunks out of you for what you’re doing, just as there will be an angel who tells you what wonderful work you’re doing. But you’re not responsible for any of that.

I had people tell me I was being incredibly reckless and thoughtless when I raised money for an M.E. charity, and I get people who say that The Code is “terrible” and “lame”.

If I listened to those folks I’d never get out from under the duvet in the morning. Instead, I continue to look for ways I can add value in whatever measure I can and look for ways I can improve what I’m doing in order to reach more people who might be receptive to the value I want to create.

Haters gonna hate (hate hate hate hate), but you can’t let that stop you from creating the value that, a. you can start making today and b. that the world desperately needs.

Your brain makes thoughts all day long; helpful and unhelpful, insightful and ignorant, enabling and disabling.

It’s a bit like a long-time recording artist in that regard, churning out record after record with some stone-cold hits as well as some complete ass-mongery.

That thought soup your brain produces is in constant motion, and all the time you let it wash over you it’s highly unlikely that you’ll be able to get out from under it long enough to do anything that amounts to a hill o’ beans.

So it’s essential that you hear yourself. 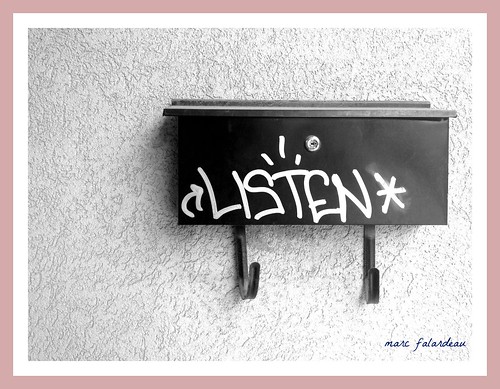 Essential, so that you’re able to to:

Hearing yourself takes practice, but it not only allows you to be aware of where your thoughts are but offers a way of creating enabling thinking that you get to act on.

So come on, start practising.

3 quick facts about me.

I have never watched The Godfather. I was in a Moroccan TV commercial for a yoghurt drink. I’m pretty passionately against goal-setting and the cult that’s built up around it.

See, goals come with a whole heap of trouble…

So, please, stop setting goals. You’re better than that.

What’s that? What’s the alternative? Read on my friend, read on…

Having ranted about how much of a shitty strategy goal-setting is, it seems only appropriate that I offer something of an alternative, right?

Stay with me, because the alternative is a system that offers the following:

Whether it’s baseball, football, Monopoly or Call of Duty, the entire, entire point of playing a game is that you get into the game, play it to the best of your ability and enjoy it, right?

That’s the nub of playing a game versus setting a goal—goals are things you work towards in the hope they’ll happen at some point in the future, whereas games are things you live in this very moment using all you already have (and are).

It requires a choice to engage with something that matters to you, a choice fuelled by 3 simple reasons:

The world’s a challenging place right now, and amid all the fear, noise and hubbub it’s natural to draw your arms a little tighter around your own world to protect it and keep it—and you—safe.

But those same walls you erect and to keep you safe also serve to keep what’s out there, out there. Protection and safety come at a cost.

Losing those things isn’t just a bit sad, it’s the catalyst for a bitterness that’s malignant and tragic.

But more than what it costs you personally, there’s a wider impact on the people around you. Your friends, family, peers, colleagues, clients and lovers. The more you keep back, the more you’re keeping yourself hidden and disconnecting yourself.

I’d suggest that it’s your responsibility to be generous with what you have. 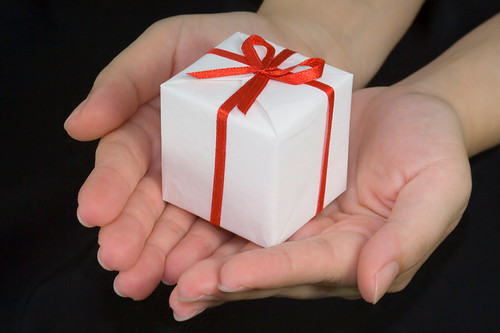 Your talents. Your compassion. Your strengths. Your thoughts. Your love. Your time. Your empathy.

Picture a world where people steadily become more generous with who they already are.

Doesn’t that sound like a pretty spectacular place to live?

I remember Chemistry class at school, getting my beakers and bunsen burner all set up and taking notes ready to write up later. Pretty much all I wanted to do was tip random shit into random vessels, but there’s something to be said for the scientific method.

Same goes for when you’re trying to make a complex decision or decide on a challenging course of action. The level of doubt, fear and uncertainty can be enough to make you back away entirely.

But you don’t have to invest your whole future in your next decision. You could always run an experiment to see what happens.

Change one or two variables and see what happens. Try something for 5 days and see what there is to learn. Challenge a premise or idea by trying it on for a short time to see how it works.

See, your next choice doesn’t have to be a big dramatic thing that commits you irrevocably (because you’re more likely not bother when it is). You’re allowed to try something, to run an experiment, and then make a choice that’s appropriate to what you’ve learned.

8. Enough with the Masochism

I know for a fact that you’re hard on yourself.

You’re not attractive enough. You should be a better Mum (or Dad, or son, or daughter, or husband, or wife, or manager, etc). You’re not as successful as you wanted to be by now. You don’t have what it takes. You’re a crappy friend. Your face is showing your age. Everyone else seems to be so damn talented.

And that’s just the tip of a flippin’ humungous iceberg.

Your brain runs comparisons—you against everyone you encounter—to see how you stack up in the pecking order. These comparisons are based on 3 factors:

Any comparison based on those elements is only going to make you feel crappier than a Victorian sewer during an outbreak of salmonella.

It’s comparing your insides with others’ outsides, and not only is it irrelevant nonsense, it’s irresponsible and damaging.

You’re already good enough to live fully in the world.

Being a work in progress isn’t a fatal flaw, it’s a reality that everyone shares.

Stop beating yourself up.

Your brain is one hell of a piece of work.

Especially when it comes to driving you towards certain courses of action that it tells you will be fucking awesome. But there are false motivations that your brain will latch onto, motivations that I call phantom wants, because that’s all they are. Phantoms.

There are 3 of them.

These 3 phantom wants are bio-chemically woven in your brain, which is why they each feel so damn good when they happen. but the drive toward that feel-good high can drive you into behavior that doesn’t fit who you are or even worse, turns you into an asshole.

They’re insipid. Get a taste of them and you want more. See one of them drop and you feel so bad that you’re motivated to get it back by almost any means.

They have you dancing to their tune, even if the dance is one you’re rubbish at.

But with nothing to prove, no validation to be received and no recognition to be gained, there’s only one reason to do anything.

Because you want to.

Remove status, validation and recognition from the equation and the phantom wants disappear, leaving you with a level of want I call a source want.

Your source wants are your unfettered, undiluted, unashamed wants. They’re graceful, powerful and simple. They’re there simply because you wouldn’t be you without them.

They’re freeing, and they’re all you need.

This should really go without saying, but given my penchant for the remarkably obvious, please don’t be a bastard.

There are a lot of bastards out there. People who don’t give a rats ass about anyone else. People who go about their days thinking they’re the most important person in the room. People who force their sense of being right on everyone else.

So be one of the good ones. Practice empathy. Try compassion.

As Annie Lennox once said, put a little love in your heart.