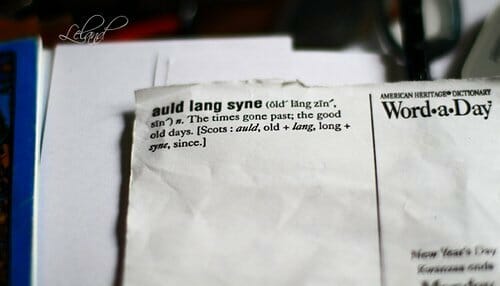 My most memorable moments from 2013?

Right now, every blog is oozing with posts about the best of 2013, lessons learned in 2013 and all sorts of other reviews of the year, so now that I’ve offered my top 5 memorable moments I’d like to do something a little different. I’m contrary that way.

A year that’s pregnant with possibility

Picture yourself a year from today. 2014 has raced by in what feels like no time at all, right? You’ve done some stuff. Had highs as well as lows. Laughed and cried. Soared and fallen. Been a sage and acted the fool.

From this vantage point, one year on, answer the questions below. Don’t just do this in your head – grab a notebook and write down your answers, sketch a picture or two, create a moodboard if the mood strikes, or hell, create a stage play and tour it.

There are some big questions here and there are some real gems to be found. Just don’t sell yourself short or give half-arsed answers. You’re better than that.