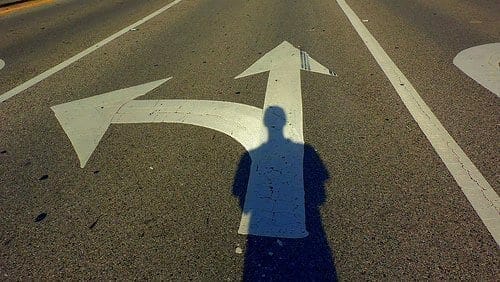 The point of the past is to deliver the right now.

The right now wouldn’t be here if it wasn’t for everything that’s gone before.

And right now is here to pivot into the next moment.

Without that pivot, you’re stuck forever.

Confidence is being able to apply choice,
right in the the centre of that pivot point

Here’s how that works.

Pivots have moving parts, so a couple of thoughts on the mechanism itself.

The confidence you apply at the centre of the pivot—that place between now and next—can simply help that transition along, it can take you in a new direction or it can be about improving the way it gets applied next time.