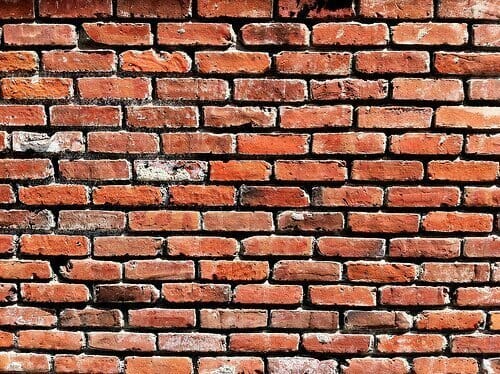 Even if you started out with the best intentions on January 1st, there’s a good chance those goals and resolutions you made while brimming with all the excitement and promise of a new year are now as exciting and full of promise as a stuffed sloth.

If you can relate to starting something with seemingly all the right intentions, only for those intentions to slide into inaction, distraction or sometimes frustration, it might help to know what’s standing between you and what you really want.

Interested? Okay, here are five things in your way:

1. The phantoms you ignore

Ever got fully behind something you wanted only for you to figure out some way down the road that you were in it for the wrong reasons?

It happened to me last year, when I was 25,000 words into writing my book only to figure out that I was writing it just to look clever.

Things like status (stacking up favourably against others), recognition (being recognised by others for what you do) and validation (being accepted by other for who you are) are immensely powerful phantoms that can hijack your wants and pull you down all kinds of wrong turns.

2. The bumpy road you put yourself on

Did Andy Murray win Wimbledon by spending his days working on his wrestling scrap-book and eating his own body weight in brie? No, he didn’t.

What he did, was practice playing tennis and put in place supporting strategies that helped him improve his game. He shaped his environment to bring what he wanted to life rather than strangling the life out it, and it worked.

Always shape an an environment that’s congruent with what you want.

3. The thoughts you have about what you want

I went to technical college instead of drama school, because I thought it was the safer route for a secure future. I guess we’ll never know whether I’d have a shiny gold statue atop my toilet if I’d made a different choice, but I do know that it was my thinking about what I wanted that shaped my behaviour and experience.

Even if you know what you want, the thoughts you have about executing on it can easily stand between you and making it happen. It’s going to be too hard. I don’t know how. What if it goes wrong? What if it works?

If you don’t watch yourself, your thinking can strip away any meaning or resonance from what you want, destroying any chance you have of success.

4. The massive gap you create

I worked with someone recently who wanted to go it alone and start her own consulting business. She told me what she wanted to build, a picture she’d painted of how it could look, and while I loved what I heard I sensed a massive great “but” coming.

Sure enough, she then proceeded to tell me about all the problems, issues and unknowns that were spiralling around her and keeping her stuck.

Creating a goal paints a picture of something you want that hasn’t happened yet. It’s a fiction of what could be, and the gap between where you are right now and where that goal needs you to be creates a chasm of space for you to get lost in.

It’s easy to conclude that you don’t have what it takes or aren’t good enough to cross that gap, otherwise you’d either already be there or would be well on your way rather than fumbling around making it up as you go along.

Making a start or taking that first step doesn’t require that you have all the answers. Confidence is being able to step into the unknown and trust you’ll be okay.

5. The pressure to get the right answer

“What do I really want?” is a big question, perhaps the biggest one of all, and it’s something that everyone one of us asks. We struggle with it, doubt it, question it, try things on for size and hope that something true presents itself.

You struggle to figure out what you want because if you get it wrong, it feels like you’ve fucked up

Boom. What you want sets the trajectory of your life, so if you choose the wrong thing you’ll head in the wrong direction, waste more time, and get further away from that mystical place you really want to be.

The pressure you put on yourself to get the right answer can often be the very thing that gets in the way of gently exploring what’s next for you.

Discover what you want, deal with what’s in the way and create a gameplan to make it happen

Knowing what you really isn’t easy. Making it happen is even tougher. That’s why I put together Want and The Gameplan, a set of tools, strategies and exercises to cut through the crap, figure out what you really want, have you trusting that you’re good enough to get it and build a living, breathing gameplan to make it happen.

You can pick up the Want & Gameplan bundle at half-price until January 31st, so if you wanna stop running around after the wrong things and start building a life around the things you really want, grab the bundle on the link below and use the code want2014 at checkout for your 50% discount.

Read more about it, or go grab Want & The Gameplan at 50% off right now.