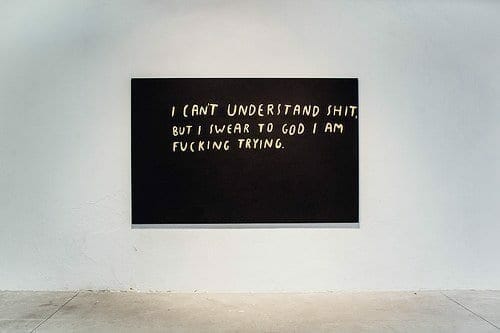 I get goose-pimples when I see someone look up with wide eyes and try for something better.

The hairs on the back of my neck stand up when I look at the odds, and see someone square up to them in all their shoe-shaking wonder.

And I get a little emotional when I see an underdog pushing for something that means the world.

I love it because it shouldn’t work. There are better players in the game and the game itself is crazy hard. But the underdog’s daring ability to dream something bigger than themselves and their decision to step into the ring regardless of the odds, is the stuff of legend.

Sometimes, of course, it doesn’t work.

But even though they feel hurt by what’s happened, the underdog will smile sweetly, muster themselves and take a hesitant next step.

For me, the underdog is always the true hero.

If you can relate, I’ll want to hear your story.