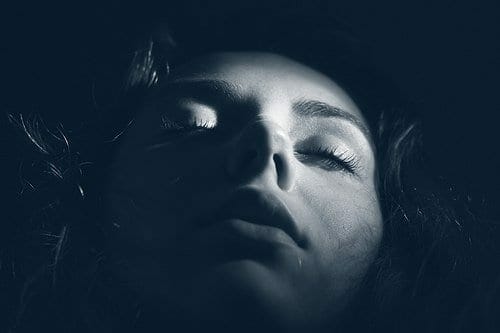 In her book “Daring Greatly“, Brene Brown tells the story of a twenty-year-old man she interviewed as part of her research into shame and vulnerability. This guy was a passionate artist from a very young age, and told Brene how happy he always thought he’d be if he could spend the rest of his life painting and drawing.

One day he was in the kitchen with his Dad and Uncle. Pointing to some of his artwork stuck on the front of the refrigerator, his Uncle said jokingly to the man’s Dad, “What? You’re raising a faggot artist now?”. His Dad then forbade him from taking art classes, and even his Mother admitted that it was “a little too girly“.

The day before that happened he’d drawn a picture of the family home, and up to the day that he spoke with Brene it was the last thing he’d ever drawn.

It’s a story that made me stop and think about the joy he missed out on, and I share this with you because life has a way of putting things in your way and stamping on your dreams, sometimes before you’ve even had the chance to dream them.

I genuinely hope the guy who spoke with Brene has started dreaming and drawing again. Here’s your crash course in the things that stop you from dreaming.

The fear that you’re not enough

Dreaming requires you to imagine a future that’s bigger, richer and more rewarding than you have right now. You dream of better things, of how things could be, of what you’ve always wanted.

It’s all lovely and rose-tinty, until the thought enters your head, “I could never have/achieve/do/be that.”

It’s then that reality sets in. That dream you just had? Pie in the sky. Fantasy. It’s got as much chance of actually happening as Woody from Toy Story finding the cure for cancer and cutting out Big Pharma by using all the toys in the world to deliver it for free.

So you move on with your day.

Sometimes your dream might really be pie in the sky (I’ve always wanted to be able to teleport), but your brain is adept at diverting you away from something because of the fear that you might not be up to it; that you could try and reveal yourself to be less than.

You tell yourself that to try and fail at something amazing would not only be heart-breaking, but would confirm your worst fear that you’re not good enough to have the kind of life you’ve dreamed of.

So you stay rooted in the familiar and the comfortable.

The fear of needing to sustain it

What if – let’s just entertain the idea for a moment – what if you made it happen? What then? What about the burden of needing to sustain it? To do something bigger next time? To live up to the dream you’ve made real?

Even if you got lucky and made something happen, the need to sustain it when you’re there would press on you like a wet mattress. It’s not sustainable, so why bother to get there if you’re only going to come crashing down again?

This is not logical, pragmatic thinking or even contingency planning. It’s fear. Plain and simple. It’s the fear of losing something you’ve gained; the fear that any second it could be ripped away from you.

The expectations of others

Those people around you who love you? They’re out to get you.

They’re oh so used to you being a certain kind of person who does a certain kind of stuff. They go about their days safe in the knowledge that you’re there going about your day, in the same ways you always have.

When you try something new, or try to grow, they furrow their brows, wonder what’s going on and try to push you back in your box.

The expectation that you’ll keep on being the version of you that they already know is a powerful one. But perhaps you go one step further.

Let’s assume those people around you are the kind that encourage and support you. The kind that want you to change and grow in ways both important and beautiful.

You know who you are. You’ve spent enough time with yourself to know the kinds of things you do and the manner in which you do them.

Your identity is formed by a lifetimes behaviour. Something comes along in life and you just deal with it, sometimes you don’t even need to think about it.

Only, when behaviour reaches the point where it’s automatic, your life becomes a series of routines and patterns that preclude new behaviours that require discomfort and conscious, deliberate thinking.

Your behaviour becomes rooted in the assumptions you made years ago about who you are and what you do. That’s not how I do things. That’s not who I am. That’s just not me.

Those assumptions about your identity build more invisible walls than a mime’s final exam, and stepping outside of those walls requires significant upheaval.

A lack of natural confidence

Ever doubted a choice you’ve made? Ever second-guessed a decision?

I think it’s natural to question things and it’s sometimes wise to explore different options and avenues, but when that second-guessing and doubt routinely rips apart potentiality, it ain’t doing you any favours.

Dreaming requires trust and uncertainty. It needs you to trust that you’ll be okay during the process of imagining something that could be great, and it requires that you trust yourself within each of the things you dream.

Without a foundation of trust there’s no safety. You’ll find that you won’t settle into a thought because you don’t know if it’s the right one. You’ll feel exposed. You won’t be ready to explore because you don’t have confidence in your next step. You’ll second-guess your desires because you don’t trust yourself to makes choices about what you really want.

A word about the familiar and comfortable…

Predictability is the killer of potential.

In a world where everything is predictable there can be no room for spontaneity, creativity or magic.

In some ways, talking about “dreaming” offends my sharper and more logical sensibilities. Dreams happen during REM sleep; the real world is where real shit happens.

But my creative side knows that dreaming is the mechanism that allows us to play with what could be.

Dreaming is what inspires you and it’s what drives you.

It’s painting the sky with coral rather than blue.

It’s seeing a world filled with courage rather than fear.

Without it, you might just as well be replaced with a robot.

Over to you. How does dreaming fit into your life?