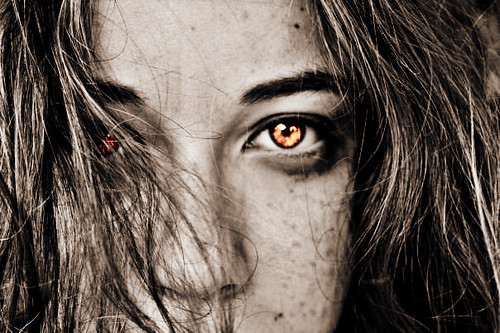 An old friend of mine, younger than me, smarter than me, more giving than me, is in her final days on this planet, due to terminal cancer.

Life has nonsense embedded in it. It’s everywhere. The Kardashians. Religious dogma. Self-appointed “mavens”. The list of nonsense could fill the whole of the Internet, and actually, comes pretty damn close to doing so.

But life is short. And sometimes it’s useful to cut the crap and get real.

Here’s a primer for you…

Quit lying to yourself

We all lie to ourselves about certain things – eating this extra piece of pie doesn’t mean I’m breaking the diet. I’ll just hang on for a few more months to see if things turn around. It’s the wrong time to make my move. I really do want to be with them.

Lying to yourself is only ever about creating a narrative that affords you safety, regardless of how the story you make up might be hurting you.

What aren’t you accepting about yourself? What are you choosing not to see? How are you making it okay to hide?

None of us are getting out of this thing alive, so lying to yourself while you’re here is nothing but crazy.

Wasting time and treading water is the last resort of the terminally indecisive.

Putting off a decision, deciding to wait a bit longer to make a decision or waiting for the perfect alignment of circumstances IS making a decision. Don’t fool yourself that it’s a positive choice, it isn’t.

When there’s a great opportunity coming your way or when a little patience will pay off it can be a good strategy to hold on. But there’s a huge difference between holding on and wasting time, and here’s how you know the difference:

If the choice you’re making to stay where you are is really about keeping you safe and not changing things, you’re just wasting time.

Time is the one thing you can’t buy more of, and wasting it is depriving the world of what you can offer.

Whether there’s someone close to you who only ever gives you their worst, a colleague who takes from you and talks you down, or just the shouting, clamouring garbage of 24 hour rolling news, check the messages that you’re taking in.

Seek out the genuinely insightful, interesting, expansive and valuable people out there with great messages and great gifts.

Seems like Facebook and the rest of the Interwebs is full of people trying to sell you a lifestyle, people who would have you believe that their lifestyle is one that you should want. They say “Look at what I’ve done, look at how I live my life – don’t you want that too?” and then proceed to sell you stuff that promises to give you the same.

Honestly, if I hear the term “lifestyle design” one more time I’m going to hurl.

You can’t buy a lifestyle as a solution to the problems in your life. Doesn’t matter if it’s location independence, entrepreneurship, working 4 hours a week, buying a tiny house or going paleo, your life will still be your life.

Quit chasing a lifestyle as a goal, and start dealing productively with the texture of your experience, right now.

Quit needing to be right

Being right is fun, and it sure feels good to know that we correctly called it before anyone knew for certain. Being right also leads people to do crazy shit in pursuit of that outcome, like undermining other people, engineering or “rigging” social encounters or taking a shortcut towards a cheap result.

The urge to be right drives people to engineer circumstances and stories that allow us to feel good about ourselves.

But being right doesn’t mean anything and it certainly doesn’t equal self-worth. In fact, if you place your self-worth on being right the whole time, you’re just masking a deep feeling of not being good enough and the fear of being found out.

So quit it. There’s tangible value in admitting that you’re wrong; value you’ll never realise if you’re continually caught up in the bullshit factory of being right.

I’ve fucked it all up. I’m not pretty enough. Other people get all the best chances. He’s horrible for doing that. She’s just a bitch. I can never forgive them for how they hurt me.

Your brain is a story-making machine, churning out narratives like shitty airport fiction.

Storytelling is how you try to make sense of the world and what happens to you in it, and your brain will weave stories designed to do 2 things: minimise danger and maximise reward. The stories you tell yourself will be threaded with those principles, whether or not the story serves you well or fucks you over.

You are not your narratives. Quit making up stories that represent the very worst of you.

Newsflash. We all have that feeling. Every. Single. One. Of. Us.

The good news is, those flaws and imperfections form part of a whole that would be a hollow, grotesque construct without them.

You’re not broken. It just feels that way sometimes because you’re human. It’s one small piece of the whole that you already are, and having that one small piece become your truth is doing yourself a massive disservice.

A quick word on getting real…

Hanging out in the crap and the fantasy of life is pretty great. Zero responsibility and all the fun of dreaming and wishing.

It’s also a great strategy for deep regret and a diminishing soul.

It’s  a choice you have to make.

Do I keep hanging out, lying to myself, wasting time, listening to assholes, chasing a lifestyle, needing to be right, making shit up and feeling broken, or do I take a stand in my life?

Cutting the crap won’t fix stuff in your life or automatically make you a better person. That still needs work and practice.

But what it will do, is:

And smack my balls with a sledgehammer if that doesn’t sound like a pretty damn wonderful place to be.

So. Are you ready to cut the crap or what?