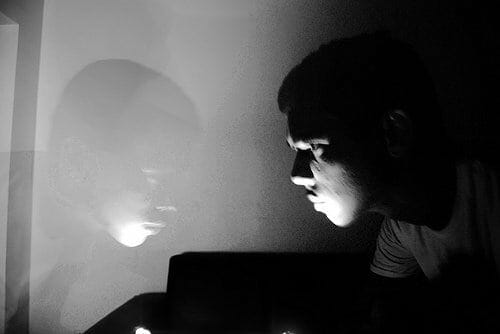 What if I told you that you don’t want what you think you want?

What if I told you that, as you’re going after what you want, you’re kidding yourself?

You’d probably tell me to mind my own beeswax.

That I can stick what I think right back where the sun don’t shine.

Then I’d tell you how I spent a good part of my 20’s chasing status – taking fancy holidays, eating at the best restaurants, becoming a regular in the coolest bars – all while thinking I had a great job and was simply having a good time.

What I thought I wanted – the job, the money, the lifestyle – was fuelled by phantoms rather than being fuelled by what actually meant something to me.

Pursuing phantom wants took me through depression twice and a complete breakdown once.

So I know what I’m talking about here

Phantom wants are those things you think you want, but you’re not really sure. They feel like they’re real, so you go about things in order to make them happen.

Only your phantom wants are fuelled by one of 3 things;

Gaining and establishing status feels good, and your brain is wired for it.

Your brain likes to know where it sits in the pecking order – a social hierarchy that might be different at home, at work, with friends and with family – so that it can exert some control over the social environment and seek to consolidate or grow its position in the hierarchy.

Lose status in the pecking order and your brain will tell you (by a big dip in feel-good neurotransmitters) that you’ve screwed up, that you’re no good or that others are better than you.

Being validated gives you a sense of being okay, just as you are.

Validation is all geared towards a personal confirmation that you’re an okay person – perhaps even a good person – and that you’re on the right track.

Not receiving validation doesn’t automatically mean you’ll feel like you’re not okay, but it makes room for speculation that could support that view. It creates space for a belief that you are in fact, not okay.

And for a brain that loves to be certain about things, it will do what it can to remove that speculation, either by accepting the belief that you’re not okay or by seeking validation to confirm that you are.

Being recognised is about having your actions and achievements recognised as having value. It gives you confirmation that what you do is valued and appreciated by others.

And in a similar way to validation, without recognition there’s room for doubt to grow that what you’re doing matters or that anyone values it.

Status, validation and recognition are not your friends

We’ve all known people who are driven by one or all of these 3 motivations, and your brain comes with neuro-chemical processes that encourage automatic thinking based on these motivations, right out of the box.

You’ll be a rare and most unusual person if you haven’t experienced these before.

Phantom wants are bait for the hook, and you bite

These “default motivations” are insipid. Get a taste of them and you want more. See one of them drop and you feel so bad that you’re motivated to get it back by almost any means.

They’ll have you dancing to their tune, even if you end up dancing like a drunken asshole at a white-trash wedding.

So what to do?  How the hell do you beat your own brain and these default motivations?

You do it with an idea so breathtakingly simple that it’s simultaneously really bloody hard to wrap your head around.

Do things with nothing to prove

Pause and think about this for a moment.

With nothing to prove, no status at risk, no validation to be received and no recognition to be gained, there’s only one reason to do anything.

Because you want to

Doing things with nothing to prove removes default motivations from the equation.

And that leaves you with a level of want I call a source want.

Your source wants are your unfettered, undiluted, unashamed wants

They’re graceful, powerful and simple. They’re there simply because you wouldn’t be you without them.

They give you freedom.

What might you want if you had nothing to prove?