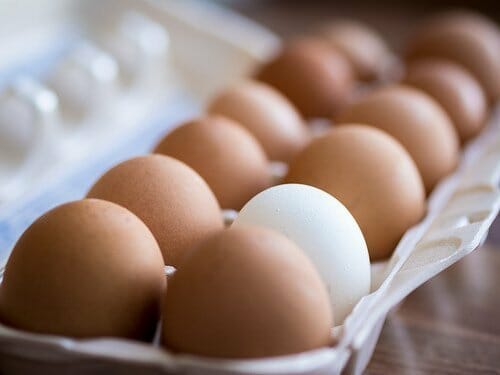 If you could pick up a carton of confidence at the store, along with your coconut water and granola, you’d soon be a confidence-guzzling giant.

Need a boost of confidence to push through? Just mix up a confidence smoothie. Trembling in the face of challenge you don’t think you’re a match for? How about grating some confidence into a salad for a instant hit of go-get-em. Trying to make a decision but filled with second-guessing? Spread some confidence onto your bread instead of butter or mustard for the best damn sandwich you’ve ever had.

Sadly, you can’t buy confidence at the store any more than
you can a rainbow or Diplodocus

So, just where the flippin’ heck does confidence come from?

From something you’ve already done

You’ve done it, achieved it, nailed it. Well done you.

Whether it’s negotiating a contract, making an omelet, painting a kitchen or running a department, you now have evidence to support the fact that you did something.

Being able to say “I did it” counts for a lot. Through your intention, will and efforts, you made something happen, meaning that by applying those things further you can make something else happen.

From sucking it up

How do you feel?

I don’t know about you, but I’d be palm-sweatingly, pant-wettingly, don’t-fucking-tell-me-to-jump scared.

Taking a leap will always be scary. That’s how you know it’s a leap.

But if you want to cross from where you are right now into something unknown, something that could be glorious, a leap is what’s needed.

So you close your eyes. Take a breath. Steel yourself. And jump.

This moment of sucking it up—of summoning your best in the face of your worst—gives you the boost you need to take that leap.

Like like navigating a choppy sea without a map or compass—or a flippin boat-—it’s not quite that simple though. There are a handful of problems:

Just because I’ve made a hundred omelet’s doesn’t mean that I can successfully complete the Mongol Rally or pitch an idea to a room full of Exec’s. It doesn’t even mean that my next omelet will be a delicious one.

Sometimes, the fact that you’ve already done something doesn’t stop you from doubting your ability and second-guessing your next move. You start concluding that just because you’ve done something before, doesn’t mean you can do it [successfully] again or get similar results elsewhere.

Sometimes, this thing you’ve done can be repeated to the point where it’s pretty much automatic. You keep doing it, embedding it as a behaviour so it’s eminently repeatable and frictionless.

Research shows that your brain can encode a behavior after just 3 repetitions, and once embedded it can be activated with little or no deliberate thought. These rote, encoded behaviors are just trotted out when needed, regardless of how confident you might be.

You know those people who seem completely confident in their work but have zero confidence everywhere else in life? This is how that happens.

Thoughts are tricky little blighters sometimes. They appear like bubbles on the bottom of a simmering pan, appearing and disappearing in a moment. Some of those thoughts however, are a little more sticky and pernicious.

Thoughts like I can’t. Thoughts like I’m not good enough. Thoughts like I don’t deserve it. Once these have arrived in your head they’re prone to re-appear at the times you’d really rather not hear them, clamouring for attention when you’re on the edge of something new.

So, it seems like we’re a bit screwed then

If confidence comes from doing something hard, solving a problem, achieving something you didn’t think was possible and from taking those leaps of faith, but is hindered by the problems we’ve just explored, what chance have we got?

Confidence doesn’t come only from things and from promise, it comes from the absence of things that prevent it.

This doesn’t mean you need to eliminate the thoughts that make you feel small and hold you back – that’s an impossible task.

Like that pan of simmering water, your brain always has bubbling thoughts that prevent you from confidently expressing who you are, so natural confidence is the place where the power those thoughts have over you is absent.

It’s there that you’re free to choose your behaviour.

It’s there that you’re free to trust you’re enough.

It’s there that you get to put your dent in the universe.

Wanna hang out there?