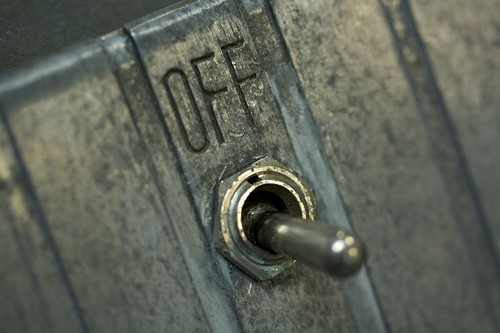 There’s nothing wrong with him.

Evidence suggests that people are more attracted to confident people, so it doesn’t seem much of a stretch to see how people could be turned off by a lack of confidence. We also know that we’re steered in all kinds of way by our unconscious biases, this being just one of them. But picking apart those biases feels like a distraction from the heart of the question—this one man’s experience.

You have no control over 3 and 4. You can’t control what people will think or decide is best for them.

It’s in how you approach 1 and 2 that you can make some huge shifts.

Everyone lacks confidence somewhere in their lives

Don’t think that a lack of confidence is a problem

It isn’t. It’s just a thing that happens from time to time. You are not a lack of confidence. That’s not who you are. You have strengths, talents, experiences, values and hopes that make you way more than the sum of your parts.

Showing a lack of confidence is a brave thing to do

The difference between allowing yourself to be vulnerable and undermining yourself in pursuit of self-protection is huge. The first is brave, the second is life-limiting. You can open to someone or share something that makes you feel vulnerable, but that is categorically not a lack of confidence. In fact, confidence is the quality that makes it easier to be vulnerable, because you know you’ll be good enough, no matter what happens.

Some people will judge you harshly. Too quiet. Too timid. Too weird. Some people will judge you positively. Great energy. Very capable. Good looking. Others won’t judge you at all, because they’re wrapped up in their own stuff and you’re somewhere on their periphery. However you feature in their judgements is all down to their perception, which is down to the stories they tell themselves, which are focused on making sure they’re safe in the world. You’re under no obligation to taking those judgements as truth.

Holding back because you’re afraid that someone will judge you or decide that they don’t want to talk with you will fuel feelings of not being good enough. Show up in the ways that are meaningful for you and spend time with the people who allow you to do that.

And my last words to go you, if you’re the type of person who walks away when you see someone who seems to lack confidence.

Have a little compassion. Think about how you can leave the room better than when you entered. Don’t be such a selfish prick.